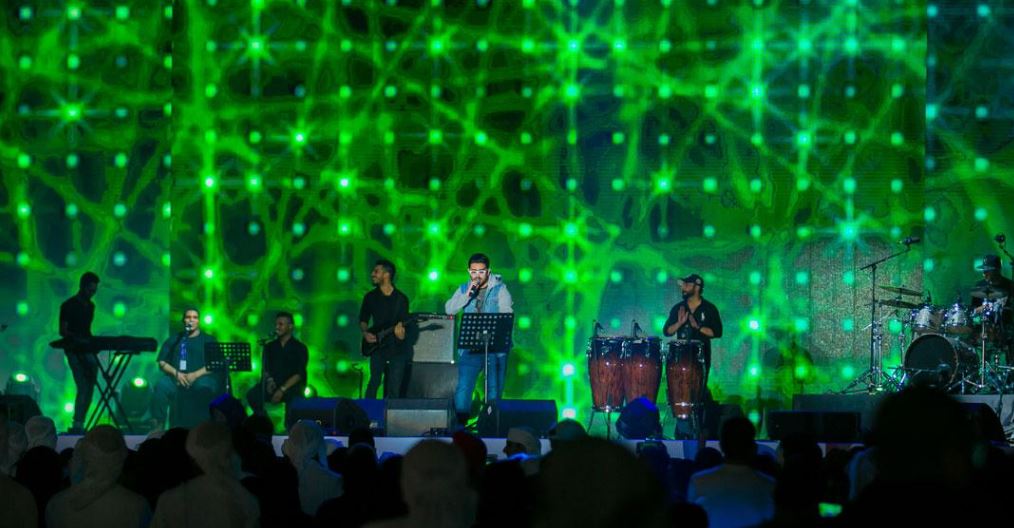 Rabeh Sager to headline Mother of the Nation festival

The Saudi Arabian legend Rabeh Saqer will headline the Mother of the Nation Festival that returns this year in its fourth iteration with a bumper family-friendly programme designed to tickle the senses.

The 12-day extravaganza, which began on 12 March will feature more than 120 world-class performances, 50 musical acts, delectable dining experiences and over 30 shopping outlets, together with a packed schedule of workshops and events designed to uplift the community and celebrate the UAE’s spirit of tolerance and cultural diversity.

Organised by the Department of Culture and Tourism – Abu Dhabi, the festival celebrates the living legacy of Her Highness Sheikha Fatima Bint Mubarak, Supreme Chairwoman of the Family Development Foundation, President of the General Women’s Union, and Chairwoman of Motherhood and Childhood Supreme Council, and will highlight the UAE’s growth as a progressive nation, in line with the national Year of Tolerance initiative.

Sager returns to the UAE celebrating more than four decades of performances. As one of the region’s most beloved performers, the Saudi superstar will perform hits from throughout his distinguished four-decade career as he takes to the Main Stage for an unmissable concert on Friday, 15th March at 8:30pm

The festival, which will be held over a one-kilometre stretch of the Abu Dhabi Corniche is expected to come alive to the sound of music, with an exciting line-up of local and global talent, including the Abu Dhabi debut of international DJ Nicky Romero, Friday 22nd March, immediately after the fireworks contest.

Fans of popular TV talent show ‘The Voice Ahla Sawt’ are in for a treat, as three well-known contestants will be teaming up for a special collaboration.

Meanwhile, the Gastrobeats stage will introduce a fresh concept to Abu Dhabi. If you’re passionate about food and music, this is the place to be to experience exciting live performances and a tantalizing array of global dishes.

This year, four distinct zones – the Happiness Zone, the Souq and F&B Zone, the Progress Zone, and the Special Olympics Zone – will offer an array of experiences including five first-in-region concepts.

Apart from thrilling activities and programmes, this Zone seeks to promote cultural and religious tolerance with interactions and dialogue.

Experience the wonders of nature at the Art-Zoo Inflatable Park, explore Adventure Wonderland to fulfill your wildest dreams, or embark on a Wanderlust Tour through a sand trail on an all-terrain vehicle.

Gaming fans can step into the shoes of their favourite characters in The Mario Quest, take a ride through the sandpit on a Zorb Safari, show off your skills at the miniature trampoline park called Sky High, or get involved at the mesmerising Art Trail.

The Souq and F&B Zone

Get immersed into the plethora of unique retail experiences, a superstar-filled concert, and food galore. This zone brings together a series of 40 home-grown retail initiatives and 50 food vendors serving a diverse range of global cuisine.

Guests will also be treated to world-class entertainment at the Main Stage, with an exhilarating array of performances from storytellers, DJs, musicians, circus acts, puppeteers, magicians and many other talented entertainers.

Unlock your creative, imaginative and innovative side at the Progress Zone where you will be inspired to push your boundaries and get immersed into the mind-boggling world of science, art and technology.

Get on a journey into the captivating world of quantum mechanics at the signature show Transporta; battle for gaming glory at the E-sports Arena with several popular games on PC, consoles and mobile; or combine your passion for food and music at Gastro Beats. If you are seeking something physical, test yourself in a series of challenges in the Mini Spartan Challenge.

The world’s largest sports and humanitarian event Special Olympics World Games Abu Dhabi 2019 is coming to the UAE. Focusing on the empowerment of People of Determination with intellectual disabilities through sports, the event will be held at various venues across Abu Dhabi and Dubai.

Catch volleyball teams from ten countries take to the sand and sun at the Beach Volleyball event from March 12-20. They will compete in a four-on-four style tournament with two Special Olympics athletes and two unified partners in each team.

The festival also introduces the UAE’s first-ever fireworks competition, which will take place for 20 minutes daily on Fridays and Saturdays.