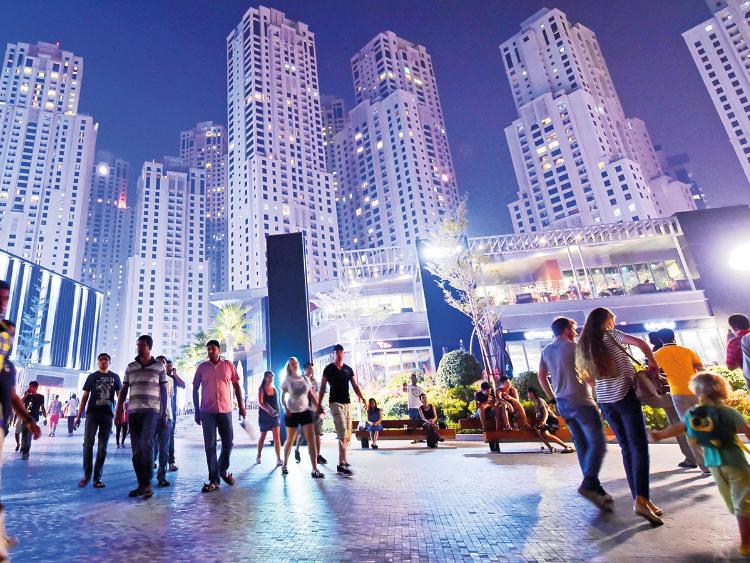 UAE the safest country in the world

The UAE is ranked the safest place in the world as 96.1 per cent of people feel safe to walk outside at night, according to officials on Sunday.

Lt General Dahi Khalfan Tamim, Deputy Chairman of Police and Public Security in Dubai, said the national agenda index in 2018 was positive in all security and safety levels, which put the UAE on top in many fields.

“The survey showed that 96.1 per cent of people feel safe and secure in the country,” said Lt Gen Tamim during a press conference to announce results at the Intercontinental Hotel in Dubai Festival City on Sunday. “We are first and Singapore came second with 94 per cent. The UAE’s policies and strategies were behind the achievement to make the country the safest in the world,” he added.

Major General Dr Abdul Quddus Abdul Razzaq Al Obaidly, Assistant Commander-in-Chief for Quality and Excellence, said one of the reasons for some people not feeling safe on the streets was because there were no lampposts or signs on the streets to identify locations of police stations.

“Our leaders have urged us to enhance people’s feeling of safety,” said Maj Gen Al Obaidly. “Despite the sense of a drop in safety across the world, the UAE has become a safety oasis. Many security initiatives and projects helped to achieve this,” he added.

Share of people who feel safe and secure in the country

He said that GPS in the response system of patrol cars had enabled them to get to the scene of incidents and accidents faster.

Number of road deaths in the UAE per 100,000 people last year

“There is a 71 per cent drop since 2008 when it was 13.5 deaths per 100,000 people,” said Maj Gen Al Zafein. “This is a huge drop despite many challenges. We united all our efforts to reduce the number of deaths on the roads.

“All traffic campaigns are now unified across all UAE traffic departments,” he added.

Meanwhile, Brigadier Hamad Ajlan Al Amimi, Director General of the Federal Criminal Police at the Ministry of Interior, said the crime rate had also reduced in the UAE with the country lowest on the list in relation to kidnapping and murders.

“The indicator for serious crime was 49.5 per cent last year compared to 67.69 in 2017,” said Brig Al Amimi. “The UAE also came first in the lowest rate of crimes related to murders with 0.7 per cent and kidnapping with 0.8 per cent. We were even the lowest in the world in relation to rape crimes with 1.2 per cent,” he added.

Lt Gen Dahi Khalfan also said that response times had been cut thanks to innovative solutions to report crime.

“We launched an app to report crimes,” he said.

“People can use their smart phones to report crime or make complaints. We recorded more than 4,000 cases by individuals via mobile phones. All police station services are now on mobile phones in the UAE,”

Happy cities, quite simply, mean happy people. In order to ensure a happy and sustainable future, governments and developers must introduce a user-centred approach to urbanisation, says Mahmoud Alburai, vice-president of the International Real Estate Federation of Arab Countries and a senior advisor with the Government of Dubai. Alburai recently visited Amaravati in Andhra Pradesh, India, for the 2019 Happy Cities Summit. He says the greenfield city is set to become one of the most sustainable and one of the three happiest cities worldwide.

With happiness an integral part of Dubai’s 2021 plan, one of the major goals is to make Dubai a city of happy, creative and empowered people. “His Highness Shaikh Mohammad Bin Rashid Al Maktoum, Vice-President of the UAE and Prime Minister of Dubai, has reiterated that the government’s job is to create happiness, urging government agencies to strive to serve their customers in the best possible way,” says Alburai. “This was followed by creating the smart Dubai office to utilise technology to achieve the happiness goal. Recently, the Ministry of Happiness, in collaboration with the Shaikh Zayed Housing Programme, has developed an urban design assessment tool for happiness and wellbeing. This aims at rethinking how communities are planned and developed in a way that promotes economic, social and environmental sustainability and ultimately creating happier communities. The tools have focused on connectivity, comprehensive infrastructure, strategic location close to city’s economic and social assets, liveability, cultural participation and smart systems.”

Alburai underlines what this means for Dubai:

1. Happy city means liveable and active streets. We need wider streets that has a good mix of residential, commercial and entertainment products.

A city is a system and what people need from the system are: curiosity, trust and cooperation; gatherings at the heart of the city; better social life and better economic opportunities.

2. Sustainable mobility. Walking and biking across the city creates happiness. Amsterdam managed in 50 years to move from a car city to a bike city. In Dubai, only 16 per cent of people use public transport; in Singapore it is 65 per cent and Hong Kong 87 per cent. But with RTA working on creating almost 850km of walking lines by 2030, it gives great hope of making the city more walkable. Dubai needs to provide affordable housing closer to efficient public transport infrastructure. It has been proved that traffic makes people unhappy. Commuters at rush hour suffer more anxiety than fighter pilots or riot police facing angry mobs.

3. Compact city. It has been proved that living in a highly dense city brings health benefits. On the other side, living in a sprawling city has the effect of four years of aging. Thus to curb traffic, governments usually build more roads, whereas what is needed is building affordable housing closer to where workers commute.

4. A happy city means an affordable city. You cannot build a city for the rich and leave the poor behind. It has to be an inclusive city that has everything for everyone. What is needed are open communities, not closed gates. Affordable housing should not be built in remote areas.

5. Environmental sustainability. A happy city means investing in parks and gardens. Seven million people die yearly because of air pollution. If people are exposed to a pollution level of the legal limit 40 micrograms per cubic metre, they feel dissatisfaction almost the same as that of separation and widowhood. Oslo, the green capital of Europe in 2019, is planning to reduce greenhouse gas emissions with 95 per cent by 2030.