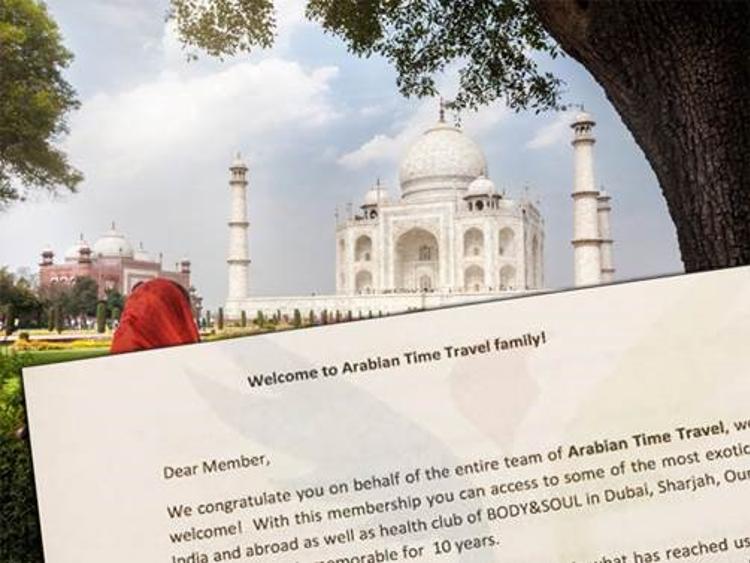 Also in this package

Dubai: Dubai’s Department of Economic Development (DED) confirmed on Thursday that a Dubai-based company, alleged to have duped hundreds of residents to the tune of millions, no longer exists even as more victims come forward with their experiences.

According to contracts signed by the buyers the deal involves a life-time membership giving access to hotels and resorts in India and around the world. The fee varies from one buyer to another and is based on the number of days booked under the time-share scheme. The membership also comes with discounts to a health club in Dubai, Sharjah and Ajman, a coffee shop and restaurant in Ajman and an optical shop in Dubai.

It is estimated that at least 200 people lost over Dh4 million in the alleged scam. Two weeks ago, 30 victims met Gulf News to share their plight.

In an email response to Gulf News on Thursday, Ahmad Al Zaabi, Director of Consumer Protection in the Department of Economic Development (DED) confirmed the company no longer exists.

“With reference to your query on Arabian Travel Tourism, Dubai, the trade license of the company mentioned has expired and the company is not operating in Dubai anymore,” the statement read.

DED’s senior official, on Thursday, further warned customers not to deal with companies whose licenses have expired as they are not allowed to conduct businesses until they renew their licenses.

Al Zaabi said consumers should communicate with legal authorities concerned for cancelling their contract or to request for a compensation / refund with the concerned company.

Indian expat Rajesh Mehta, who works as an IT manager, said he paid Dh6,000 in February 2018 for a 30-day time-share package with Arabian TTT. “More than a year on, I am yet to avail of any of their offers.

An Indian businessman from Dubai, Anand Jeswani, said he lost Dh8,500. “Neither are they honouring the contract nor are they refunding our money,” said a fuming Jeswani, who is calling upon authorities to do the needful to refund customers their monies.

In response to one of the complainants’ emails, DED representatives said that since the matter was outside of their jurisdiction, affected consumers could resort to legal action through the Dubai Courts if they so wished.

“Taking the legal course is not an option for me as hiring a lawyer will cost me more than the money I have lost. Right now if each of us hire a lawyer to fight our case, it is not practical at all. And because there is no legal action being taken, the perpetrators are getting away scot free. How is this fair?”

Sheeba Khan Khokhar from India, said that she is contemplating taking up the matter with DED to refund her Dh16,000 she paid for a 77-day membership.

Another victim Abdul Shakoor said he tried in vain to book his holiday package. “The company did not get back to me on the package I had booked. They kept doing a back and forth with me and we got nowhere. Then they asked me to do my own booking and send them the invoice and that they will reimburse my money, which I did. But to this day I have not been reiumbursed the money. Of course I have also lost the money which I paid the company for my holiday scheme which is several thousands of dirhams, because of internal issues,” he said.

A copy of the email to the victim read: “We regret to inform you that due to non-availability, and the heavy volume of bookings as discussed, company cannot honor this time request, with in the budget of Dh300-400 including (amc 133)… You can book the holiday from your end and and submit the bills so that company will reimburse the bills with in 30-45 working days, Thanks for your cooperation, Your cooperation is highly valued…”

According to Gaurav Gandhi, a victim, people are lured into sharing their contact details by setting up kiosks in malls.

“Within a day the person gets a call from the tour company saying they have won a gift and they are invited to a hotel to pick it up and attend a 45-minute video session on the company. I went as well to a hotel to collect my gift and was subjected to high pressure tactics to close the time-share sale. I never thought their promises would be outright lies.”

Gandhi said during the session the holiday makers are given a brochure of the hotels under the time-share package. “They are a variety of three, four and five-star properties around the world. The Arabian TTT sales staff offer you a travel package for five, 10 or 30 years with accommodation in mostly five star properties.”

“During the session people are not allowed to use their mobile to check the company reviews. The staff play loud music in the background and do not let you discuss the package with your family or friends. The staff constantly hover around you forcing you to sign the contract. Payment is made upfront and in full,” he said.

Gandhi said both the company’s office in Bur Dubai and Karama are closed.

Gulf News contacted Arabian Times Travel & Tourism for a comment, but there has been no response yet.

The Department of Economic Development then said it had launched an investigation into the complaints against the time-share company accused of duping residents.

“Consumers should ensure they are dealing with a licensed company, review their products and services quality, and take enough time comparing the product, service with other companies,” Al Zaabi warned.

An earlier response from Arabian Travel Time Travel & Tourism LLC sent in September read: “We respect the news & print media and so we want to provide accurate and true information…. We are unable to make full payments on refunds this month …. We request our valued members to be patient for some more time and believe that the amount invested and contributed for membership with Arabian Times will not be lost…We stand by our valued members …please have ‘trust in us’. We hope to start refunding amounts from October 10 onwards.

The email also stated the company was in the process of restructuring. “We are trying to build a good sales and customer services team to deliver good quality service…We seek your apology for not communicating properly… Arabian Times is also building its own hotel and air ticketing portal which is in the last stages of completion. It will be ready to go live on October 20. The portal will provide holiday services to members…”