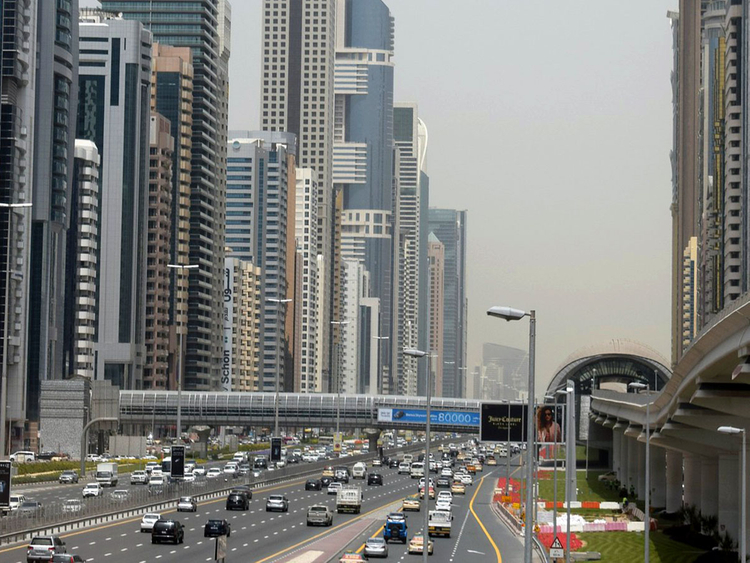 457,154 motorists get discount on traffic offences in Dubai

A total of 457,154 drivers benefited from the 25 per cent discount on their accumulated traffic fines under a special Dubai Police initiative for motorists launched on February 6 this year, an official said on Thursday.

The initiative, aimed at encouraging motorists to come clean of their offences, also witnessed a reduction in the number of deaths and traffic accidents on the roads.

“Our main goal of launching the initiative was to reduce deaths and injuries on the roads. The initiative was the key reason why the number of deaths reduced by 31 per cent this year. This drop never happened in the past,” said Major General Mohammad Saif Al Zafein, Assistant Commander-in-chief for Operations.

The initiative helped reduce traffic accidents from 48,247 during the first three months of 2018 to 43,947 during the same period this year.

“The initiative helped drivers get discounts on their traffic fines. Drivers will have a stronger motivation to follow traffic rules in order to get a discount on their earlier fines. Motorists who did not commit traffic offences for 12 months, starting February 6, could get a 100 per cent discount on their accumulated traffic fines,” he added.

Brigadier Saif Muhair Al Mazroui, Director of Traffic Department, said the initiative has economic benefits too as less motorists are injured or killed on the roads.

“Each person who dies on the roads costs the government about Dh6 million,” he said, adding that the reduction in the deaths so far this year had caused a saving of around Dh60 million to the government.

“Drivers who have followed the traffic laws in the last three months received text messages to inform them that they could enjoy the 25 per cent discount. The initiative is a source of joy for them,” Brig Al Mazroui added.

Drivers can register their cars during the initiative without paying their Dubai traffic fines.

The 100 per cent discount applies to all vehicles registered in Dubai, on condition that the driver abides by traffic laws and regulations and does not commit any violations for a full calendar year starting February 6.

Parking and Salik fines, however, are not included in the initiative, he said, as they are not traffic offences.

The discount will apply to the seizure of vehicles and traffic points too.

“The initiative only applies to individuals who own vehicles and does not apply to vehicles of private companies, rental offices and public or private transport companies,” Brig Al Mazroui said.

However, if a driver commits an offence before the end of the period, he or she cannot benefit, and the grace period is recalibrated from the date of the new violation,” he said.

Build your reputation online with the online publishers

Ways For Social Media Influencers To Make Some Money.

How Does Online Banner Advertising Work?. To know more >> Theinternationalcampaigner.com

4 Ways TOP Can Help You Handle Your Press Release.

Benefits of Digital Marketing to Your Business.

Where To Get Great Ebooks For Reading. To more onlinelobbying.com.

Authors Can Make Money Online By Opting To Sell Ebooks With TOP.

2 Great Reasons To Go With TOP For Content Creation.

3 Benefits You Reap By Doing Translation Services For TOP.

Why Go With TOP For Any Translation Services.

3 Reasons To Go With TOP For Any Online Translation of Documents.

Their city lacks public spaces for protests, so Beirut residents made their own.