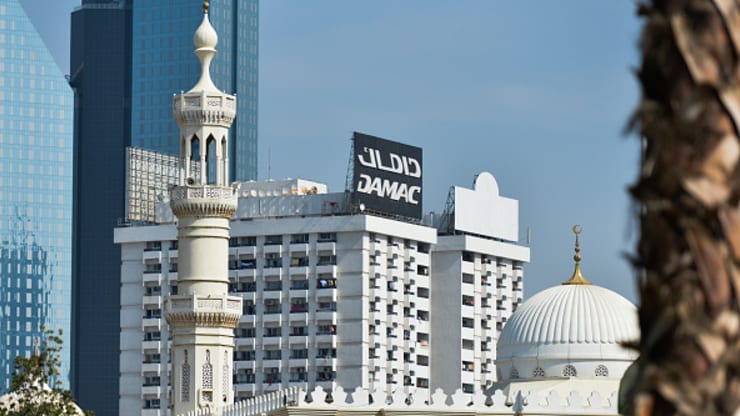 Dubai property developer Damac has canceled its dividend payments, conceding slumping profitability and a weak market are hurting its operations.

“Kindly be advised that Damac confirms the news shared on the media in respect of non-distribution of dividends in light of the low profitability and the weak market,” the company said in a statement to the Dubai Financial Market on Wednesday.

“This is the view of the management for the time being and the same shall be refined as we approach the time of distributing the dividends,” it added.

Damac Properties shares fell around 2% in Wednesday trade, adding to a 2.6% decline on Tuesday. The stock has slumped more than 40% this year.

The latest decision to conserve cash comes after Damac reported another disappointing quarterly earnings report, posting an 87% plunge in second quarter profits to $13.7 million with revenues falling 46% to $264 million.

Dubai’s real estate market, a key component of its economy, has been slowing for several years. Housing oversupply has driven prices down at least a quarter since 2014.

Damac Properties chairman Hussain Sajwani, a veteran of Dubai’s business and property scene who founded Damac in the heydays of 2002 and built the business into a high profile regional developer, said builders should halt launching new residential projects for “at least a year” in order to start a recovery.

Damac has launched one project so far this year, he said, compared to two in 2018 and the roughly five or six it had launched annually in prior years.

Sajwani told Reuters that a large, rival company had been “dumping in the market” with new launches over the past 18 months. “It’s bad for the country, for the market, and it’s going to be bad for them,” he added. He stopped short of naming chief rival, Emaar, which built key national landmarks such as the Dubai Mall and the world’s tallest building, Burj Khalifa.

Emaar Chairman Mohammad Alabbar was quick to hit back at the criticism.

“I know what I am focused on, which is delivering the results Emaar customers and shareholders expect,” he added.

About 30,000 new homes will be built this year, twice the demand in the UAE, according to broker JLL. Sajwani said the market could start to recover in two years’ time if there were no new launches, but warned if no action were taken, the situation could worsen.

“Everybody will be a loser – the customer, the developer and the city,” he said.

Dubai’s government has announced in September it would establish a real estate planning commission to regulate the sector.

The biggest benefit of foreign direct investments FDI is boosting the economy of the domestic economy. But that’s only made possible by the increased jobs, high wages, and increased purchasing power.

Want To Start Selling Your Photos Online? Here Are the Steps to Follow.

The Best Place For Online Ebooks.

Sell Photos In One Photos Gallery Through TOP.

Easier For Writers To Earn With TOP Platform

Why TOP Is Your Best Shot For Online Reputation Repair.

3 Reasons To Register To Review With TOP.

2 Reasons that TOP is Supreme for Content Creation Services.

3 Ways to Get Great Online Reviews.