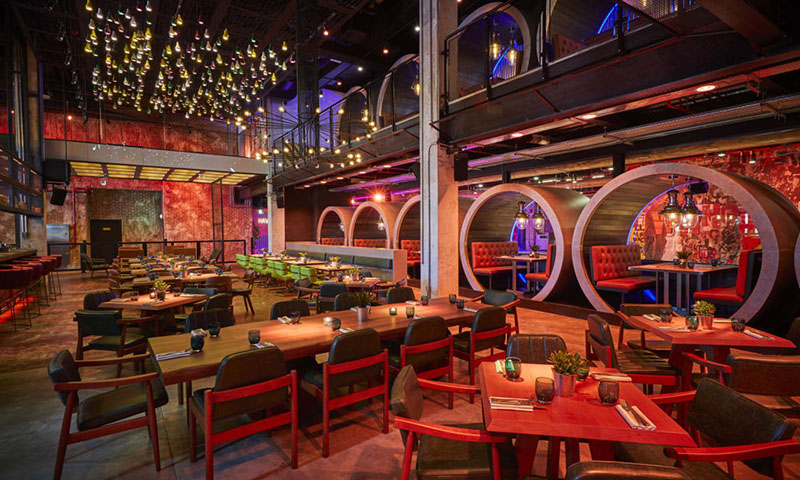 There are people of more than 200 nationalities living in Dubai, and all have brought with them a taste of home. Many expats have opened their own restaurants or set up franchises of familiar chains from home, making the emirate’s dining scene one big melting pot of flavours from around the globe.

From India to Indonesia and South Korea to Syria, expatriates from Asia make up the biggest demographic in the UAE. In particular, there are no shortage of South Asian restaurants in the city, with some of the best and most budget-friendly found in old Dubai, on almost every corner of Deira and Satwa. For finer dining, Burj Daman in Dubai International Financial Centre is home to Carnival by Tresind. It serves contemporary fusion food with Indian flavours and a side of theatrics in a restaurant full of whimsical design elements and with a vibrant atmosphere.

Countries in Southeast Asia – including Indonesia, Vietnam, Thailand and the Philippines – are also well represented on Dubai’s culinary circuit. There are a number of great pan-Asian restaurants offering menus that encompass most of the cuisines from this region. Popular options include Miss Tess in Taj Hotel, Dubai and Mr Miyagi’s, which has branches in Dubai Media City and Studio City. Both spots boast lively vibes and regular entertainment, making them great for a night out. Elsewhere, Sui Mui has just opened at the Westin Dubai Mina Seyahi, with a menu that spans Filipino, Korean, Vietnamese, Thai and Japanese cuisines.