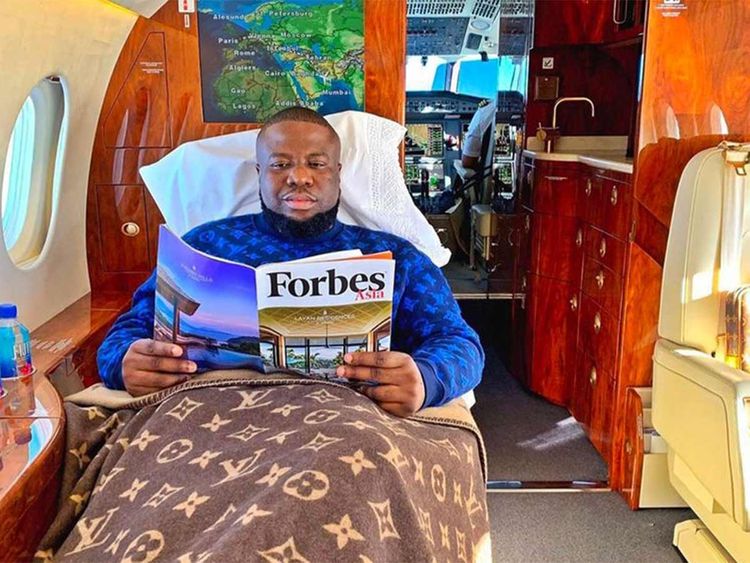 Dubai Police hands over Hushpuppi to FBI in the US

Nigerian Instagram scamster Hushpuppi has been handed over to the Federal Bureau of Investigation (FBI) in the US, Dubai Police said.

According to a statement, Christopher Wray, Director of FBI, praised the role of Dubai Police in arresting Raymond Abbas (Hushpuppi) and Olalekan Jacob Ponle aka Woodbery, and handing them over to the US.

“Director of FBI expressed his thanks for the exceptional efforts (of Dubai Police) in fighting organised cyber crimes and arresting Hushpuppi and Woodbery,” Dubai Police said in the statement.

According to Dubai Police, Hushpuppi and Woodbery, wanted for a series of crimes like money-laundering, fraud, hacking of websites and accounts, impersonation, banking fraud etc.

Hushpuppi and Woodbery were arrested with 10 other suspects on allegations of fraud, involving huge money.

Hushpuppi often posted pictures on Instagram with his luxury cars and private jet.

Police said the raid resulted in seizure of incriminating documents pertaining to a well-planned international fraud worth Dh1.6 billion.

According to Dubai Police, the gang used to hack corporate emails and send fake emails to corporate customers to change money transfers to the gang’s personal banking accounts.

During the arrest, police found a huge amount of data on individuals, companies, bank accounts, credit cards as well as documents of money laundering, online fraud and hacking accounts of victims outside the UAE.

“The forged documents pertained to online fraud outside the country. The fraud was worth more than Dh1.6 billion. We seized more than Dh150 million in cash from them and confiscated 13 luxury cars worth Dh25 million,” Brig Al Jallaf said.

Having the right photo for any website can go a long way in attracting and keeping new clients around, encouraging them to come back and have a look around the site etc. The only way to find the right image is to have a wide selection of quality options to choose from and that is exactly what you find when you look to TOP platform to get what you need for buying photos for any website.