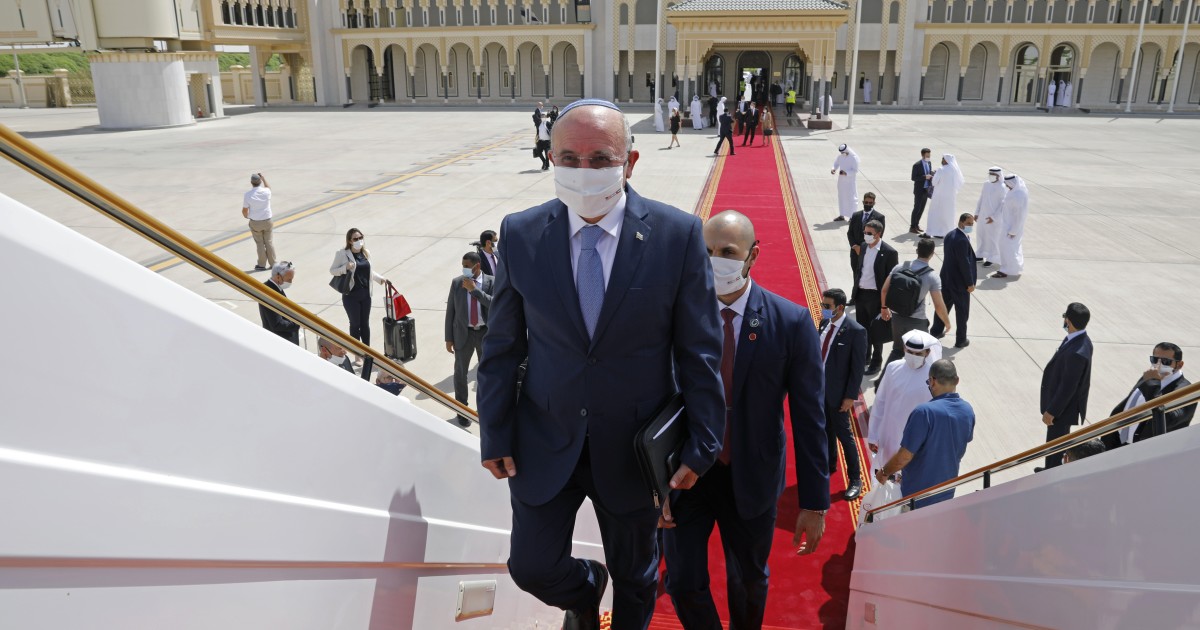 Prompted by Arab states normalising relations with Israel, fractured Palestinian political factions are working diligently in multilateral talks to restore unity and mend the division between the Gaza Strip and the West Bank in negotiations far more promising than previous efforts.

The United Arab Emirates (UAE) and Bahrain’s foreign ministers will sign on Tuesday an agreement with Israel at the White House establishing full ties in violation of the Arab Peace Initiative. The move is a threat to long-standing Arab demands that Israel ends its decades-long occupation and agree on a two-state solution with the Palestinians.

On Saturday, Palestinian groups led by Hamas and Fatah agreed on a “unified field leadership” comprising all factions that will lead “comprehensive popular resistance” against the Israeli occupation, a statement said.

It called for Tuesday – when the signing ceremony takes place in Washington, DC – to be a day of “popular rejection”. Palestinians in Gaza and the West Bank are planning “day of rage” demonstrations, and other protests are expected outside the embassies of Israel, the United States, UAE, and Bahrain worldwide.

The formation of the joint leadership group and progress in the intra-Palestinian unity talks came after a long-awaited September 3 meeting among Palestinian Authority President Mahmoud Abbas, Hamas’s Ismail Haniya, Islamic Jihad’s chief Ziyad al-Nakhala, and the leaders of various Palestinian entities. Gatherings were held in Ramallah in the occupied West Bank and Beirut, Lebanon.

Hamas and other Palestinian parties have for years demanded that such a meeting take place, but Abbas always rejected the move, calling on Hamas to honour previous unity pacts first.

But with the Palestinian cause lately facing so many challenges – the most important being the normalisation between Arab countries and Israel – Abbas agreed to hold discussions.

Husam Badran, a member of Hamas’ political bureau, told Al Jazeera several factors are pushing the Palestinians together, including US President Donald Trump’s “deal of the century”, Israel’s annexation plans of Palestinian areas, and Arab states normalising relations with “the occupation and what it represented as a treacherous stab in the back of the Palestinians”.

Badran called the leadership meeting a “major step of progress” that resulted in clear decisions on several pressing issues.

“The rush of a number of Arab countries to normalise their relations with the occupation state has pushed the file of forming a unified field leadership for popular resistance to the top of the Palestinian actions’ agenda,” Badran said.

He added the normalisation moves “necessitate that the Palestinians cooperate and strengthen their internal front, and transcend all their differences to save the Palestinian cause”.

“The Palestinian leaders are transforming their rejection of all the plans that aim to liquidate the Palestinian cause into realistic steps on the ground,” said Badran.

Three committees were formed at the meeting: the first focused on forming a unified field leadership to activate popular struggle against the Israeli occupation, the second is responsible for reaching an agreed-upon vision to end the division between Gaza and the West Bank, and a third tasked with reviving the Palestinian Liberation Organization (PLO).

The committees were given a five-week time limit to submit recommendations to the Palestinian president. Abbas pledged he will agree to the recommendations whatever they may be. 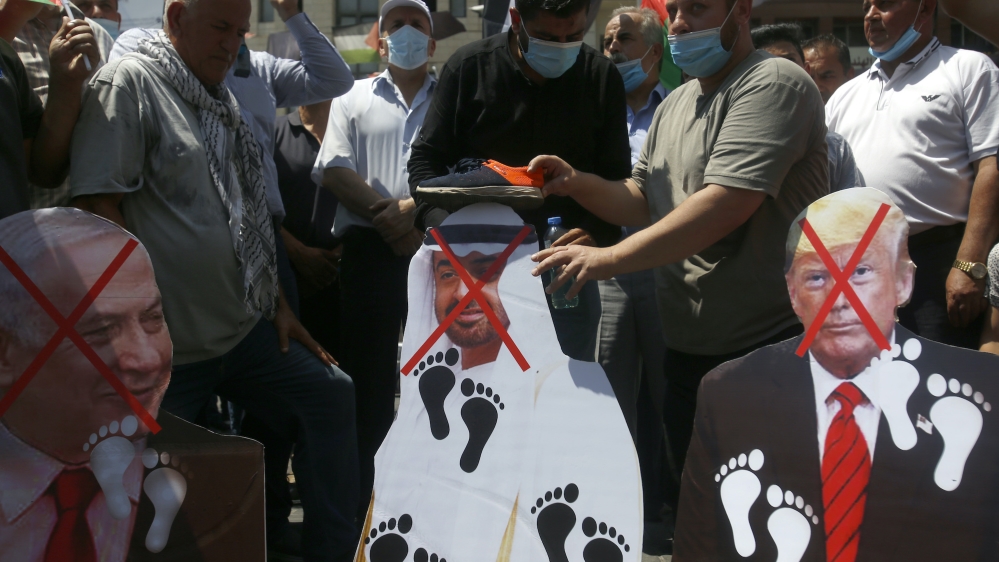 Hamas and Fatah have been divided since 2007 when Hamas deposed Fatah’s security forces from Gaza following months of tension. Multiple attempts were made since then to bridge the divide between the two, but none came to fruition.

Relations between Hamas and Fatah, however, have seen significant improvement recently.

In the past couple of months, the two main Palestinian movements, driven by Israeli annexation plans, engaged in positive talks that centred on presenting a unified rejection of the Israeli-American plans.

“The Palestinians’ unity efforts come at a very sensitive time, where the Palestinian cause is exposed to serious and strategic threats and challenges, starting with the American administration’s efforts to impose facts on the ground to legitimise the Israeli occupation, and the Israeli plans to annex the West Bank,” Palestinian political analyst Husam al-Dajani told Al Jazeera.

“The last of these threats was the UAE’s decision to normalise their relations with Israel with no regard for Palestinian rights or the Palestinian cause. The UAE’s normalisation decision precipitated/accelerated the intra-Palestinians talks and persuaded all parties to come together.”

Al-Dajani said division must end for good if the Palestinian cause is to survive.

“There must be persistent work to restore consideration to the Palestinian national project. This work begins with ending the division in order to be able to confront all the threats and challenges,” said al-Dajani.

Nasser said his party is optimistic the efforts to mend fences will work.

“At this stage, unity is needed to confront all projects and schemes that aim to liquidate the Palestinian cause and Palestinian rights. At this critical time, we must transcend the minor factional disputes towards full devotion to defend and advance the central issue, which is the Palestine issue,” Nasser added.

“Confronting normalisation requires the acceleration in the achievement of national unity and the escalation of popular resistance in the occupied Palestinian land.” 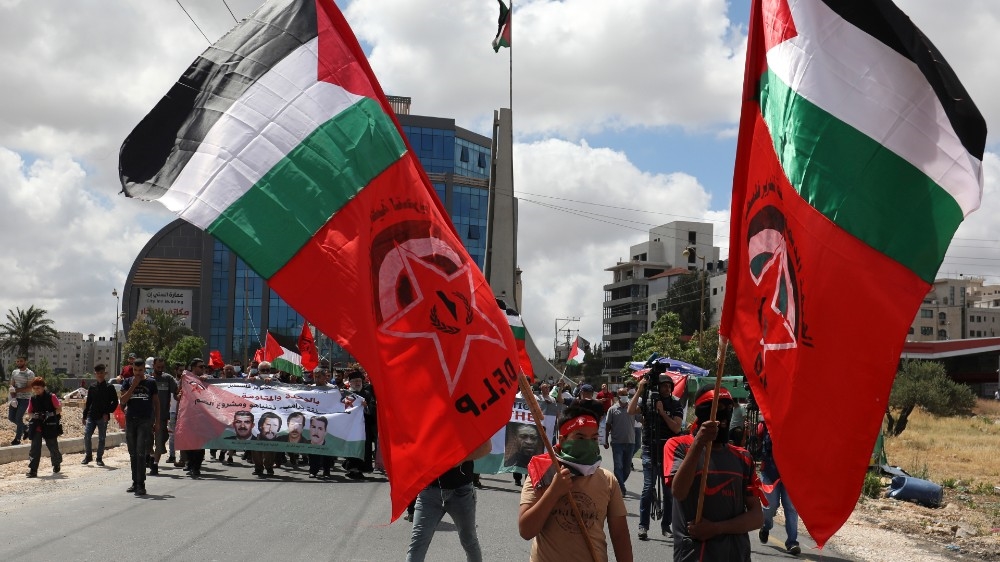 As successful reconciliation efforts between Hamas and Fatah have proved elusive for more than a decade, the Palestinian people generally meet any new attempts with scepticism.

Al-Dajani noted, “The reason for the progress between Hamas and Fatah was that the starting point for talks between the two movements this time was confronting Israel and protecting the Palestinian cause, as opposed to power-sharing and the political ambitions of each.

“If that equation continues, and the advancement of the Palestinian cause remains the gateway for unity talks, then Palestinian unity will come naturally and will be accomplished.”

Hamas and Fatah dialogue during the past two months has been focused on setting disagreements aside and finding common ground.

In addition to their unified rejection of the Israeli and American measures against the Palestinians, the two movements agreed non-violent popular resistance is the preferred strategy.

The joint leadership, led by Hamas and Fatah, is expected to activate popular resistance in the West Bank this week, though it did not elaborate.

Jibril Rajoub, secretary-general of Fatah’s central committee – who was behind the initiative within Fatah to re-launch talks with Hamas in June – told reporters that the Palestinian factions agreed there will be a change in the rules of engagement with Israeli occupation forces.

“We will not allow the occupation to uproot an olive tree, or injure one Palestinian without paying the price,” said Rajoub.

An online organization can also make it a central element in building the reputation they need for others to relate to their organization. This includes requiring proactive efforts to track negative comments in a rough organization and resolve those comments with your head.