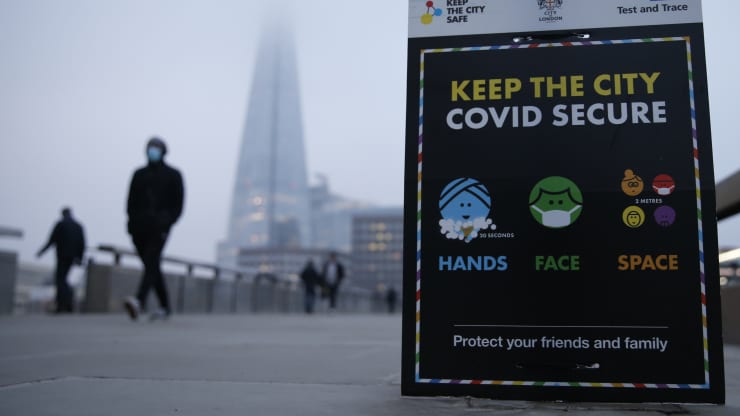 UAE could stay on the UK’s travel ‘red list’ indefinitely, and mixed messages are stoking confusion

Britain’s Transport Secretary Grant Shapps indicated the UAE might stay on the U.K.’s red list due to its status as an international transit hub, despite its falling infection trends and the world’s second-fastest vaccination campaign.

“We’re not restricting the UAE due to the level of coronavirus in the UAE,” Shapps told an aviation event on Wednesday. “The issue is one of transit.”

The comments drew sharp criticism from Emirates’ President Tim Clark: “Leaving us on the ‘red list’ for reasons of transit doesn’t make any sense because (passengers) can just go through other hubs,” he told a recent online event. “It compromises our United Kingdom operation for Emirates. It’s a real pity if they keep us on the red list.”

Being on the U.K.’s red list comes with a high price, and has real consequences for the 120,000 Brits living in the Gulf country and their family members. It requires anyone entering the U.K. from a red list country to quarantine in a government-approved hotel and cover their own lodging and food costs for 10 days, at a cost of £1,750 ($2,428) per person.

“If anyone asks me about home, I cry,” said one British citizen working in Dubai who hasn’t seen her family in the U.K. since mid-2020.

“The ambiguity is unbearable,” said the source, who asked not to be identified because of professional restrictions. “It is much easier to establish and maintain balance in your life when you make a plan — the U.K.’s interchanging positions make that impossible and it’s so detrimental to people’s well-being.”

People wait their turn to get vaccinated against the coronavirus at a vaccination center set up at the Dubai International Financial Center in the Gulf emirate of Dubai, on February 3, 2021. The UAE has administered at least three million doses to more than a quarter of its population.
1230948336

The U.K. red list, which bans air travel or forces a costly quarantine on arrival, currently names 40 high risk countries deemed too dangerous to travel, including India, which has seen new infections skyrocket to over 300,000 cases a day.

The UAE remains on the list, despite infection rates falling to around 2,000 cases a day. Abu Dhabi, meanwhile, has placed the U.K. on its own “green” list of travel countries.

CNBC has reached out to the U.K.’s Foreign Commonwealth Office for comment.

A petition to remove the UAE from the U.K. red list had received over 8,500 signatures as of April 26, reflecting a growing frustration over the travel restrictions and the cost of quarantine for one of the world’s busiest air travel routes.

“I want the Government to remove the United Arab Emirates (UAE) from the Red Ban List by the summer, so that travelers can visit the safe country without needing to quarantine in a hotel on return,” petitioner Mikael Aziz wrote.

The U.K. government is required to respond if the petition receives 10,000 signatures or more.

“You need to reconsider Dubai being on the red list. Most of the UK citizens who work there are fully vaccinated and should be allowed to travel to the UK. They could take a PCR test before and on arrival.” Twitter user @DawnWilson2606 tweeted to U.K. Prime Minister Boris Johnson.

Any decision to remove the UAE from the red list is further complicated by the difference in restrictions between Abu Dhabi and Dubai. The UAE’s most populous emirates have enforced separate access, travel, testing and quarantine rules since the start of the pandemic — despite being less than a two-hour drive apart.

Red list removal ‘as soon as it is feasible’

Amid the criticism and confusion over the latest travel restrictions, there are signs the predominantly-expatriate desert sheikhdom of 10 million could yet be removed from the red list.

“We are working very closely with the UAE authorities to ensure that we can remove the UAE from the red list as soon as it is feasible,” said Simon Penney, the U.K. consul general to Dubai and trade commissioner to the Middle East. Penney’s comments came on April 21, the same day as Shapps’ suggestion that the UAE may stay on the red list.

The U.K. government is expected to review its ban on non-essential international travel from May 17, but it’s unclear what destinations will receive the tick of approval.

“It is too early today to say which countries will be on the green list and which ones won’t, and we will need to wait until early May before we have any further clarity,” Penney said during an interview with a Dubai radio station

“The decisions taken are driven by data and science, and key to this includes the rollout of the vaccine, the number of daily cases, and the prevalence of harmful variants,” he added.

The U.K. Foreign Office said it “advises against all but essential travel to the whole of the United Arab Emirates based on the current assessment of COVID-19 risks.” The UAE is outpacing most of the developed world on its vaccine rollout with almost 40% of its population fully inoculated.

“Visitors arriving into the U.K. who have been in or transited through the UAE in the previous 10 days will not be permitted entry,” an April 25th advisory said.

‘A travel corridor worth reopening’

“Countries’ positions on each other’s lists don’t have to be reciprocal,” Rob Willock, director of the advisory service Economist Corporate Network, told CNBC on Sunday.

“But considering the UAE and U.K. are second and third respectively on the global vaccination league table, both having administered at least one vaccine to more than half of their population, one might imagine this is a travel corridor worth reopening.”

The U.K., one of Dubai’s largest sources of tourists and a critical travel route for Emirates, took the UAE off its “safe travel corridor” in January, as cases in Dubai began to skyrocket following an influx of U.K. travelers in November and December.

The UAE reported just over 2,000 new infections on Saturday. The country has administered 9.9 million vaccine doses so far.

It’s not just the U.K. that is holding short on opening up. The U.S. added more than 100 countries to its “Level 4: Do Not Travel” list last week, including Israel and the UAE.

“Things change, and they will change over time,” Willie Walsh, IATA director general told CNBC when asked if the State Department got the advisories wrong.

Certain countries on the American list also have their own restrictions against travel by foreigners, while others will allow entry by air with proof of vaccination and a negative Covid test or other criteria.