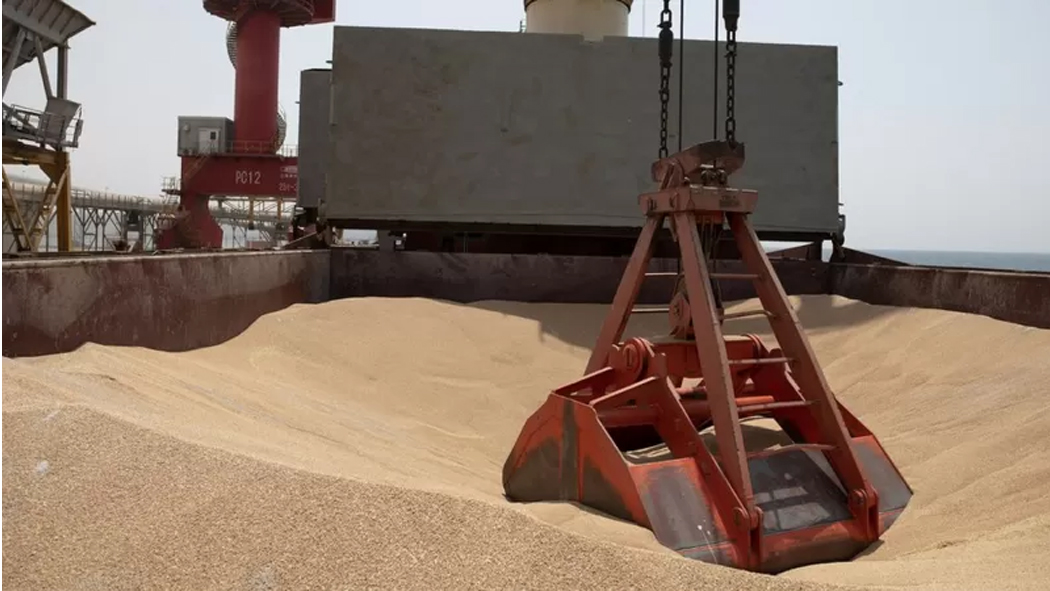 In an effort to strengthen business relations despite the Russian invasion, the UAE will begin trade discussions with Ukraine.

Officials thought that establishing this economic cooperation would help to recover lost trade, particularly in food products, and eventually more than quadruple trade beyond prewar levels. Bilateral commerce has been cut in half due to the conflict in Ukraine.

Thani Al Zeyoudi, the UAE’s minister of state for international trade, said, “We aim to expand commerce by eliminating trade obstacles, customs, taxes, standardization, etc. – this would provide great potential for doubling of exports and imports.” “This is a very cautious estimate; our goal is to increase by more than double. The UAE’s global commerce is rapidly expanding, and we intend to export our concept to Ukraine.

The meetings take place in the midst of western criticism on the UAE, which is an ally of both the US and Russia, for its impartial posture in the conflict. Dubai has become as a sanctuary for Russian capital, while Abu Dhabi has abstained on some UN resolutions pertaining to the conflict. The UAE said that it welcomed investment from any source that was exempt from UN sanctions. Financial institutions in the nation said that they also abide by western sanctions against people and businesses connected to the Kremlin.

The Gulf monarchy stated that it was “helping to revive the national economy of Ukraine” by using the trade negotiations as “another essential component.”

President Volodymyr Zelenskyy visited the UAE in February 2021 and signed agreements worth more than $3 billion in trade and investment. Ukraine is a significant provider of basic goods to the Middle East, including cereals. For the UAE, which imports 90% of its food, Ukraine was the second-most significant source of wheat.

Officials claimed that the start of discussions for a “comprehensive economic cooperation deal” was unconnected to politics and was based on long-standing aspirations to increase international commerce and investment.

Zeyoudi stated, “This is a step in our economic diversification journey. “Ukraine is a step toward entering the European market and will be a gateway to several European states.”

First deputy prime minister of Ukraine and ministry of the economy Yulia Svyrydenko stated in a statement that “the UAE has established a well-deserved status as a renowned worldwide trade and logistics hub.” “At the same time, Ukraine is renowned for being a burgeoning IT powerhouse as well as a worldwide guarantor of food security. Because of this, our economies are complimentary.

Following the signing of such agreements with India, Indonesia, and Israel, the UAE will begin trade discussions with Ukraine in the upcoming weeks. Talks with Georgia, Turkey, and Cambodia are still underway.

In an effort to diversify its economy away from oil and gas, the Gulf monarchy has been pursuing these agreements with the goal of doubling its GDP to $820 billion by 2030.