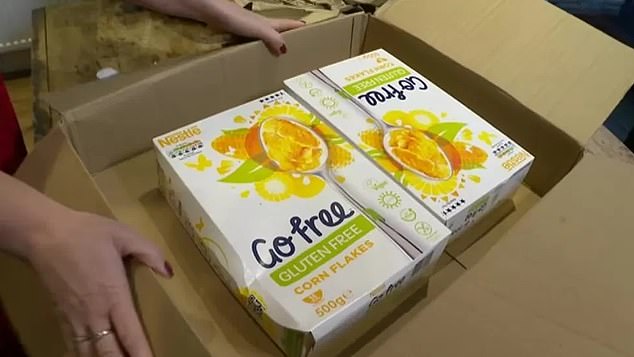 A mother bought her daughter a laptop and the shock was inside the Amazon box.

When a mother attempted to wrap an Amazon box containing a laptop, she was shocked to discover that it was actually filled with cornflakes.

For her daughter, who is 10 years old, Lizzie Pattison from Lichfield, Staffordshire, ordered the PC from the online retailer in October.

Ms. Pattison hide the delivery box until Wednesday after buying the tool to aid Daisy with her SAT examinations the following year.

When she realized the package contained the morning staple, Amazon initially responded that the 30-day return period had passed and it would not look into the matter.

Ms. Pattison was worried that she would be out of pocket, but Amazon has since given her a refund and £40 worth of gift cards.

“My main worry is that there will be some kids who will open what their parents think is a tablet or a laptop on Christmas morning because they haven’t opened the box,” she said.